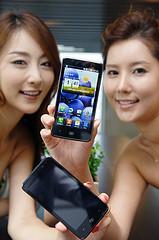 New mobile communications standard is the hope of the industry Bonn/Nurnberg – during the auction of six frequency blocks in the Bonn Federal Network Agency for the new mobile communications standard LTE (long term evolution / 4 G) already have exceeded the four-billion-euro mark, the experts for the next few years is a rapid increase in the number of users of the new standards – however for America and Asia. In five years”, reported zdnet online service that will increase the number of users of the LTE cellular standards worldwide more than 200 million. This emerges from a study by Maravedis published on Monday. The market research company interviewed mobile service provider for it, planning a transition to the 3G-Nachfolger.” Pioneer of the LTE spread in the next few years would be the North American and Asian markets. There, already 80 per cent of the 25 largest companies had entrusted a network equipment supplier with first tests. Most of the planned company, their Networks to switch between 2011 and 2013.” LTE is the mobile industry due to spread of Smartphone, the ever-increasing data rates in the mobile Internet and the need for ever-higher throughput rates quite as hopefuls.

“After the world-wide development of conventional GSM networks and the breakthrough of UMTS (also: 3 G) to become the new standard now the next big business”, Gunnar Herrmann explained in the Suddeutsche Zeitung. LTE provides mobile Internet speeds of 100 MBit per second according to experts, which is six times faster than the DSL connection in the fixed network. The Nurnberger Nash technologies GmbH is already gearing up for the future of LTE. The company has a covering 25 square kilometres UMTS/GSM-live network, which already is ready for LTE and allows manufacturers of mobile narrow boards, telecommunications equipment and network components as well as network operators, content providers and chip manufacturers to test their solutions and products on stability and performance. In addition to traditional phone and The Harvey Nash Group subsidiary listed Smartphone manufacturers also test requests of the manufacturer of medical technology with mobile patient monitoring m2m (machine to machine) – solutions to machine control.

Business-critical and expensive features must finally smoothly, critical points are removed, to be accepted and to bring the return of investment. Since it is of no use if problems are discovered in the operation at the customer”, explains Dirk Zetzsche, Sales Director at Nash Technologies. When testing you not only see how a product do Act, but also react as the network. With this private mobile network, you can check quality, stability and reliability in different environments and under different wireless load profiles such as in the city centre or in the road network. Companies can optimize this specific network settings and configurations and devices that are not yet on the market, in a real mobile wireless environment test, review the performance of individual devices, as well as the quality of language”, so zaidi.